If you're not already a part of the Slip 'n Slime Discord, join now! In the future we're going to hold level design contests with paid prizes! Woohoo! (Join here: https://discordapp.com/invite/ty8K4jZ )

Wow, I guess 23 days is the exact length of time it takes for me to start feeling guilty about not posting development updates. Well here I am and I am READY TO GO.

Here's a screenshot from Baba Is You 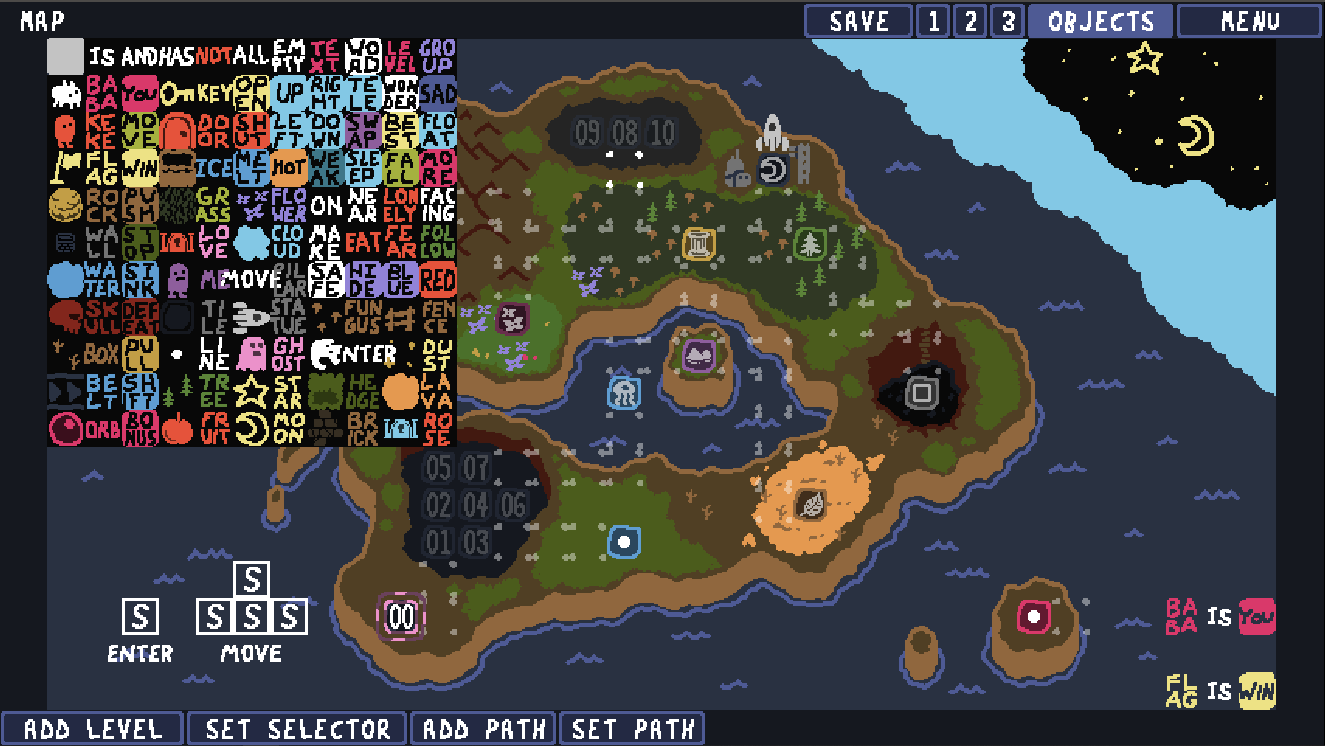 Notice the numbered areas in the bottom left, and the paths that exist between the areas and their levels And here's a screenshot from Yoshi's Island to further depict inspiration for this type of level selection: 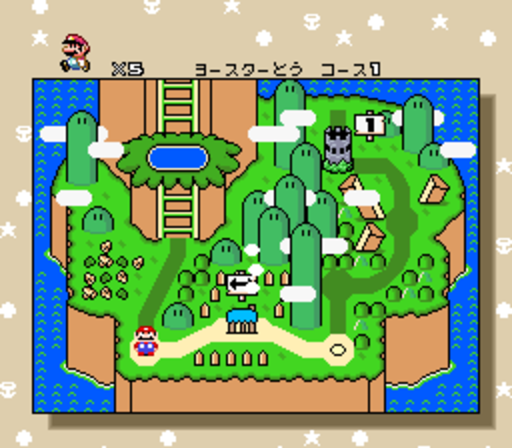 Once again, notice the paths between the various level nodes that Mario walks on to get to each level.

The level selection screen has a lot of temporary art, and is a work in progress, but here's a gif of what we have going on right now:

Super work-in-progress. In the future we want to have an image of the level that you are currently at fade into existence to show you a snapshot of the level, as well as if you've met the challenges that exist for the level. We're also going to have beautiful full-screen art for each of the various chapters that have their own hub areas.

And here's a cool gif showing the process that we use to create the pathways and data points!

And that's about it! It may not look like much, but it's taken quite a bit of time to get this system up and running-- there's a lot of small complexities in the background. I'd like to wrap it up by asking "What are your thoughts on this system for level selection? Do you have any ideas for a better level selection experience?".